Prince Harry ‘ought to be taught’ from King Edward, Wallis… 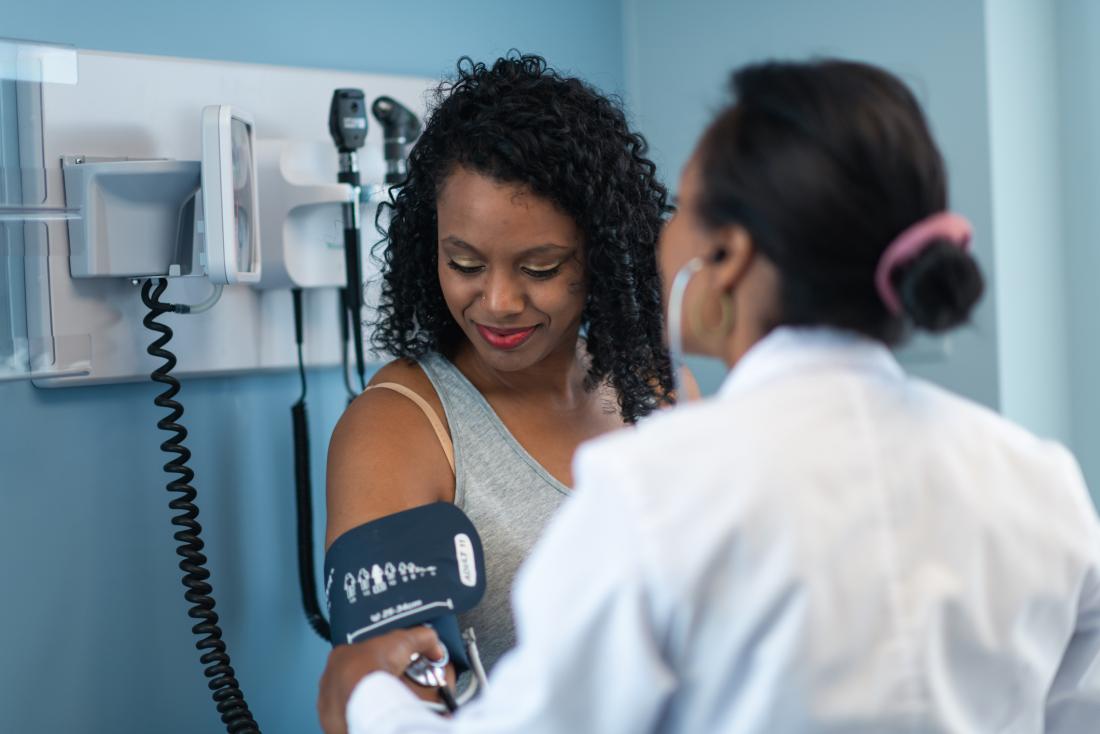 At what age should we start monitoring people’s blood pressure?

High blood pressure, or hypertension, is a risk factor for cardiovascular disease, stroke, and kidney disease.

A recent study, whichMedical News Todayfeatured earlier this month, indicates that intensive blood pressure treatment in mid-life — or lowering of systolic blood pressure to below 120 millimeters of mercury (mm Hg) — is linked to fewer white matter lesions in the brain in later life.

White matter lesions are a sign of blood vessel damage in the brain and are a hallmark sign of aging and a risk factor for cognitive decline.

In the United Kingdom, routine blood pressure monitoring starts around 40 years of age.

Yet, researchers from University College London in the U.K., and colleagues, suggest this should start earlier. They are basing this view on the findings of their latest study on the long term effects of blood pressure on brain health.

Dr. Jonathan M. Schott, a professor in clinical neurology and a consultant neurologist, is the senior’s study author. The team published their findings inThe Lancet Neurology.

Dr. Schott and his colleagues used data from 502 individuals from the Insight 46 dataset, a neuroscience study that is part of the U.K.’s Medical Research Council National Survey of Health and Development, a large birth cohort study of people born in the U.K. in 1946. 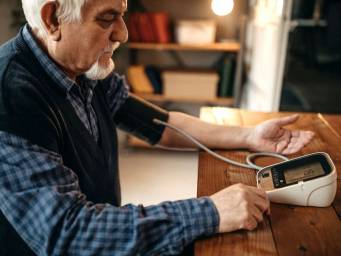 The team had blood pressure measurements from all participants when they were 36, 43, 53, 60–64, and 69 years old. None of the volunteers had dementia when they had their brains scanned using PET-MRI imaging around 70 years of age.

The results showed that between ages 36 and 43, as well as from 43 to 53, there was an association between greater than normal increases in blood pressure and a smaller brain volume later in life.

In those with higher blood pressure changes between ages 36 and 43, there was also evidence of a smaller volume of the hippocampus at age 70.

Dr. Schott also found an association between having high blood pressure at 53 years of age and a 7% increase in white matter lesions in the brain at the time of the brain scans.

Similarly, he was able to link a greater than expected increase in blood pressure between the ages of 43 and 53 to a 15% increase in the same lesions.

However, the team found no effect of blood pressure on cognitive ability or beta-amyloid, both hallmarks of Alzheimer’s Disease.

Monitor blood pressure ‘even before mid-life’

“Our research builds on existing evidence around the role of blood pressure and subsequent brain pathology,” Dr. Schott comments on the findings.

“We found that higher and rising blood pressure between the ages of 36 and 53 had the strongest associations with smaller brain volume and increases in white matter brain lesions in later life,” he continues. “We speculate that these changes may, over time, result in a decline in brain function, for example, impairments in thinking and behavior, so making the case for targeting blood pressure in mid-life, if not earlier.”

In an accompanying comment, Lenore J Launer, a senior investigator in the Laboratory of Epidemiology and Population Science at NIA, writes:

“Although there are several major translational efforts to more completely understand the complexity of blood pressure–cognitive-related outcomes, the association between blood pressure and vascular brain pathology is unlikely to be a chance finding.”

“Millions of individuals have unhealthy blood pressure. Immediate attention should be given to efforts to control blood pressure through clinical services and public health interventions, and to alleviate the barriers to delivery and uptake of these public-health messages.”

“As increases in blood pressure and higher blood pressure between the ages of 36 and 53 seem to have a detrimental effect on brain health in later life, these findings reinforce the need for monitoring blood pressure even before mid-life,” concludes study co-author Josephine Barnes.

Is 5G technology bad for our health?

New approach may save brain cells in neurodegenerative diseases

Upset stomach: Crohn’s disease or something else?

How we learn things shapes our memory

Displaying your stress to individuals may really be good: research